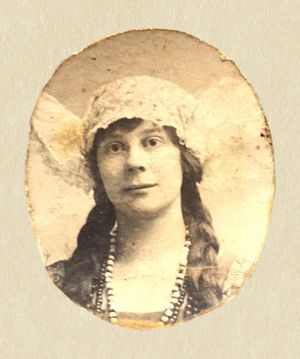 Violet Emily Ada Richardson was the daughter of Frank Engleheart Richardson and Catherine Edith Randall, born in 1897 in Brighton.

She was born on the 21st November 1897 at 43 Ashton Street, Brighton, East Sussex. She was probably named after her two aunts, Violet Richardson and Ada Engleheart.

When she was three the 1901 census shows she was living with her parents and two brothers (Frank, 5, and Charles, 1) at 62 Islingword Road, Brighton. Her father was a carpenter and joiner.

In 1911 she is 13 years old, still living with her parents, and now three brothers, but they have moved to 88 Albion Hill, Brighton.

At the age of 19 she married Ernest Frank Allfrey on the 13th January 1917 at St. Johns Church, Brighton. At the time she was living at 4 Windmill Street. The witnesses were her father, Frank Engleheart Richardson (a Motor Finisher), and a Dorothy Wieland Stevens.

Marriage Certificate for Ernest and Violet 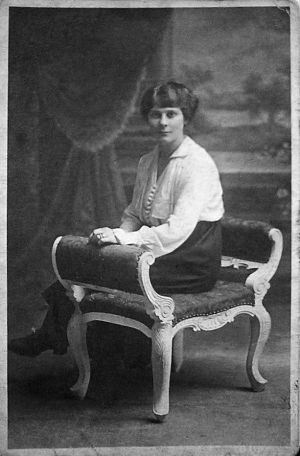 They had two children:

In 1939 her family was living with her brother-in-law at 21, Mile Oak Gardens, Portslade-by-Sea U.D., Sussex, England.

The closed entry is possibly Tim.

The Violet G. Richardson in the 1939 register is actually her sister-in-law Aunty Gert. Her first name was also Violet, but everyone called her Gert.

In the 1939 register Violet Allfrey is at the East Sussex County Mental Hospital and Hellingly in Hailsham:

She died in 1942 at the age of 43 at Portslade-by-Sea. Her residence at the time was 37 Applesham Way, Portslade, Brighton and Hove. She was buried in grave number P.P.37 at Hove Cemetery on the 23rd June 1942 (see letter at the left). 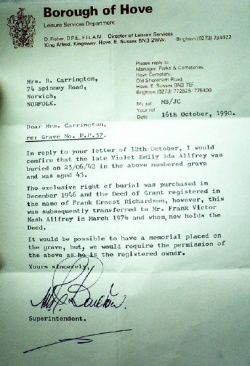 Letter about the grave plot.

Her husband Ernest died at the same address 29 years later.

Below - two photos of Violet with her young son Frank (source JPA).