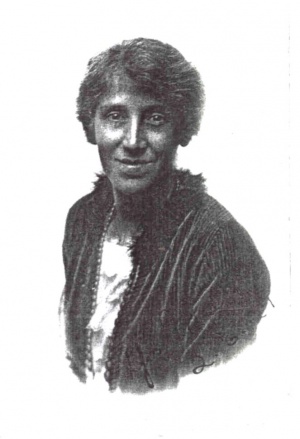 She was christened on the 8th December 1872 at St Peter's church, Brighton.

In 1881 Mary Ann Minnie Wells is 8 and is living with her parents at 36 Kensington Place, Brighton.

In 1891 she is 18 and still living with her parents at 84 Trafalgar Street in Brighton where she was an assistant in a shop (possibly with her mother who was a dealer in paper hangings and possibly a milliner). Minnie is also listed as a dressmaker.

She married Ernest Frank Allfrey on the 4th November 1893 at the registry office in Brighton.

She had the following children:

Her son Victor Arthur Allfrey was killed in the first world war. He was a Private in the 2nd or 4th Bn. Gloucestershire Regiment, number 37932. He was killed on the 3rd December 1917 at the age of 20 years old. He is buried or remembered at the Cambrai Memorial Louvercal in France, which lists him as the son of Minnie and the late Ernest Frank Allfrey (panel 6).

But by the 1901 census she was a widow, living on her own means, at 29 Sussex Street in Brighton with just her two sons Ernest (7) and Cecil (1). Her husband Ernest had died there on the 3rd March 1901. He was only 27 and had suffered Lobar Pneumonia for four days.

However, she re-married, to Teddy (Ernest Edward) Bradford, and had another child, a daughter, Thora Minnie Bradford. She was known as Tiny to her relatives (as because she was born 8 years later than all her other siblings she was obviously much smaller than them!). 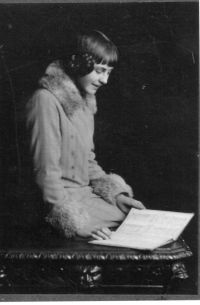 In 1911 she is widowed and living with her second husband Teddy Bradford and her five children at 17 Trinity Street, Brighton.

In 1920 she was registered to vote at 17 Trinity Street, Brighton. Registered at the same house were Ernest Frank Allfrey (her son), Ernest Edward Bradford (her second husband), and Cecil Nash Allfrey (her son). 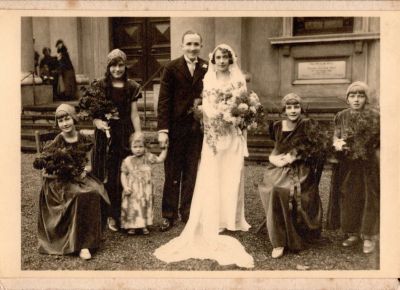 Tim Allfrey said that he was very young, but that he remembered the wedding of Tiny and George at Burgess Hill in 1932. He, Beryl and family were living at London Road, Burgess Hill at the time.

In 1939 she is living with her daughter and son-in-law at "Lindisfarne", Highland Road, Chichester, Sussex. The residents are:

They moved to Stenning in Sussex, and she was still there in about 1953/54. Her husband went to London to work. 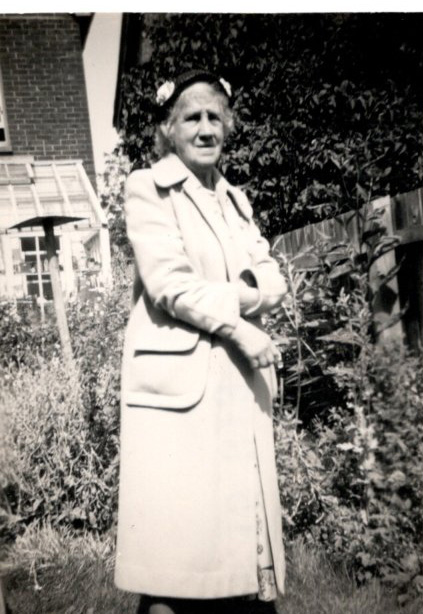 Her son Ernest Frank Allfrey was one of the executors.

One Minnie A. M. Bradford was registered as dying when she was 91 years old, her death was registered on Sep 1964 at Chanctonbury, Sussex, Vol: 5h, page 468.

A Mary Ann Wells was baptised on the 6th July 1874, the parents were Alfred (a porter) and Sarah Wells. The baptism was in the parish of Saint Mark, Walworth, Surrey. The same parents also baptised Charlotte Elizabeth Wells, and Alfred William Wells on the same day. Their address was given as 19 King's Arch Place.