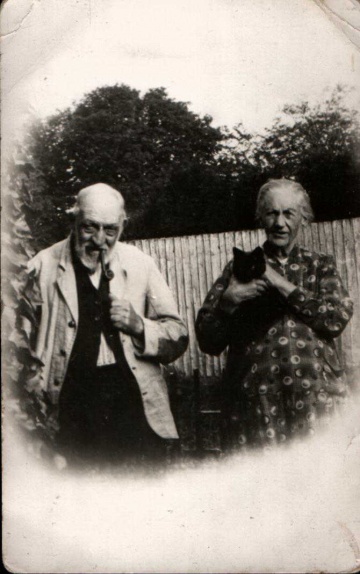 George Fox was born in around 1834 in Shepherdswell, Kent, England.

In 1861 George was still unmarried, and living with his parents William and Margaret Fox at Woolwich Green, Womenswold, Kent. George was a wattle maker.

They had the following children:

In 1871 George was 36 years old, a labourer, and living at Woolwich Green, Womenswold, Kent, with his family. His wife Charlotte was there along with his two daughters Mary and Fanny. Two doors down were his parents William and Margaret Fox. And two doors down from them were James Garlinge and his family.

In 1877 and 1879 his occupation was listed in the baptism records as a woodfeller, but in later records he was just a labourer.

In the 1891 census he was occupied as a general labourer living in Womenswold with his wife Charlotte, 6 of his children (Jane ,Thomas, Ethel, Mabel, Emma, and Elizabeth) and two grandchildren (John H. Fox, aged 7, and Clara C. Fox, aged 3).