Geoff as a child (bottom left)

His mother Phoebe died tragically of Tuberculosis aged only 31 on the 28th of November 1915, when Geoff was 4, and she was buried at Old Lakenham Churchyard on December 4th, 1915.

His father James died less than two years after his wife on the 7th October 1917 at 47 Southwell Road at the age of 49, also from Tuberculosis.

When his parents both died, the orphaned Geoff was suspected of having tuberculosis and sent to the Eastby Sanatorium in North Yorkshire (Bradford Poor Law Sanatorium at Eastby nr Skipton, which opened 3rd Nov 1903 with 33 beds). Later it turned into a boys home.

When the sanatorium turned into an orphanage the lady who bought it also lived at an estate at Kirkconnel Hall, Ecclefechan near Lockerbie in Scotland (DG11 3JH), and because of this connection after Eastby Geoff was sent to work there in the forestry.

Kirkconnel Hall has since become a hotel, and Geoff later went on holiday there, although he never mentioned to his children that he had once worked there. 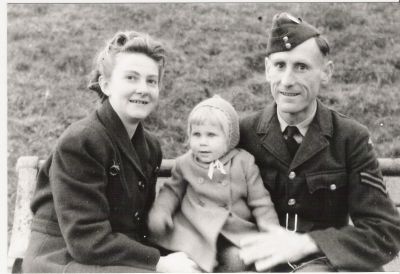 Also in the house was:

Geoff, fifth on the ground from the left

We don't know much about his time in the war. At the start of the war he was an ARP. Then he was a mechanic on aircraft. His service number was 1294371, but that doesn't seem to turn up much information.

In 1944 he sent Beryl a letter from Fairwood Common in Swansea (now Swansea Airport), he says that he is being moved to Northumberland at RAF Milfield, between Alnwick and Berwick-upon-Tweed.

Family narrative says that while in Brighton he built the rockery at Preston Park.

He didn't go back to Norfolk until around 1949, when he took his family to live at Broad Farm, Hassingham, working for the Norfolk County Council horticultural station as a lecturer. This was very rural and didn't have electricity or running water (it came from a pump), and Beryl had to cook on a paraffin stove.

In 1950 at the examination for the National Diploma in Horticulture with Honours he (and two others) were awarded the N.D.H. (Hons)

In around 1956 he moved to 74 Spinney Road, Thorpe St Andrew, Norwich. They built two schools at the end of the road, Pauline was the first head girl at the new school - Thorpe Secondary Modern School. 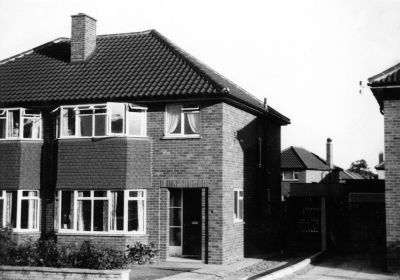