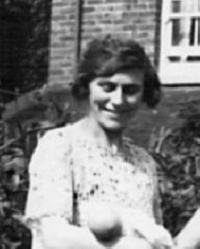 On the 27th December 1873 she was baptised in St Peter, Brighton, Sussex.

In 1881 she was 7 years old living with her parents at 7 Sussex Terraces, Brighton.

In 1891 she was 17 years old living with her parents at 38 Albion Hill, Brighton. She was doing factory work.

On the 13th May 1893, at the age of 19, she married Frank Engleheart Richardson in the parish church in Brighton . Her residence at the time was 39 Albion Hill, Brighton and her father's name was given as James Randall (police constable). The witnesses were Edward Evans and Alice Charles.

In 1911 she is living with her family at 88 Albion Hill, Brighton, her husband Frank is a joiner working for a motor car company.

They had seven children (see Frank's page for more details) including Violet Richardson.

On the 10th September 1915 her son Charles Richardson joined the Army by signing up to the Sussex Yeomanry, claiming be 19 years and 90 days old (a porter by trade, he was 5'4"), he also signed an agreement to be shipped overseas (from Brighton to the Egyptian Base Depot). On the 14th October 1916 his mother Catherine wrote to the army from 23 Windmill Street, Brighton:

By the 21st October 1916 he was returned to England for discharge as being under age on enlistment. 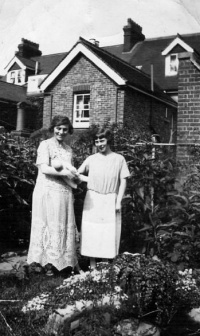 On the 3rd December 1925 Catherine's mother died at the age of 78. Catherine registered the death, and her address was given as 4 Windmill Street, Brighton.

The 1939 register lists her (well I assume it is her - she has cellotape over her name) as still living at 4 Windmill Street, Brighton, Sussex. The members of the household are:

She went to live with her daughter Mabel Murray (a.k.a. Auntie May) and died in Newcastle.

The picture below was taken at her funeral. 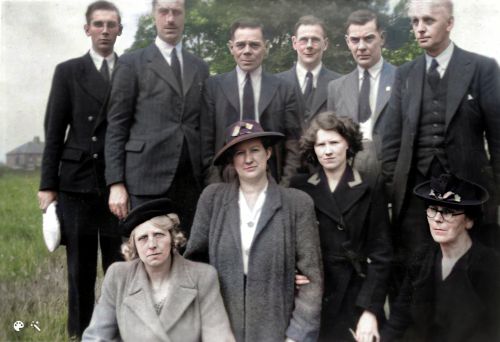 Unfortunately the distortion at the top of the picture (especially on Raymond) is caused by cellotape damage which has been digitally removed.

Ronald Richardson married Cathy (another Catherine presumably!) and was a carver. Although the 1939 register lists him as a widower.